About Wendy Kirkland and the MERIT Paycheck System

I live nowhere near Wall Street—my husband and I actually used to operate a gift shop in a quaint little town called Asheville, North Carolina. Our gift store was successful, and we always envisioned it as our retirement plan… until one day, disaster struck. A heavy storm hit our area, and our shop was completely flooded—everything lost, and we had no flood insurance. We were in trouble.

So while I began looking for new ways to make money—a friend introduced me to options trading. Somehow, it just made sense to me, and I got really into it.

Actually, more than that… I became obsessed! I started reading books, watching financial news, taking courses… Most surprising of all, I got really good. I was beginning to make more money trading than we had ever made in our gift store, so I decided to pursue it full time. 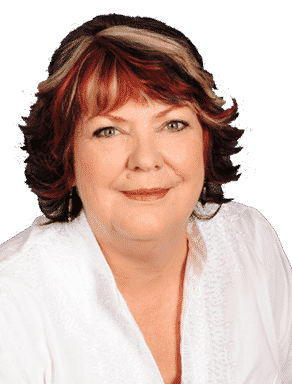 In 2009, I wrote Options Trading in Your Spare Time after successfully trading options for approximately 7 years. I LOVED that my book helped so many people achieve financial independence through trading, just like I had.

Still, things didn’t get REALLY good until after I created something called the P3 System. This was a strategy that zeroed in on a chart pattern that pinpointed when a stock was ready to significantly pop up in value. (That system, by the way, allowed us to turn $6,000 per trade into $1.96 million in just 14 months!)

So while I searched for this guaranteed trading pattern, looking through 1000’s of stocks for trades to include in the newsletter that accompanies the P3, I had one of those “duh!” forehead-slapping moments.Why? Because I couldn’t believe I missed seeing something so obvious—something that was right under my nose since I began trading 7 years ago. Let me explain. Back then in my beginning option trading studies, I learned about three trading vehicles. I have taught hundreds of traders about these three instruments to trade:

Stocks are obvious; Apple Inc. (AAPL), Google, Pfizer and thousands of others fall into this category. This is where I focused most of my attention during those early trading years.

Indexes are usually funds based on something larger. An example would be the S&P 100 Index (OEX) which is based on only 100 of the top S&P stocks or the Volatility Index (VIX) which is a summary Index of the S&P 500.

ETFs, on the other hand, are a basket of stocks that often have a theme or connection. A medical ETF might incorporate stocks from cancer research, medical supply and billing, hospitals, nursing and hospice care companies. Other ETFs might be sector or industry related. 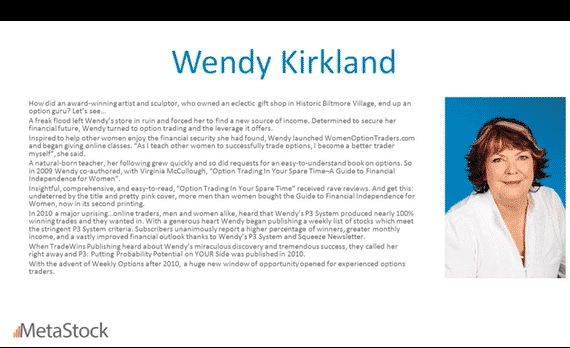 The first ETFs I learned about in those early years were the SPY, DIA, and QQQs. The QQQs is a type of ETF that is essentially a collection of stocks based on the major indices.

Embarrassingly, I’d see the scrawl of the QQQs run across the TV screen as I watched the tickers and think, okay, so the QQQs closed up .06 cents for the day. So what!? A volatile stock like Apple offers daily moves up or down that can range anywhere from $1 – $10… with huge profit potential.

And so for 7 years, I traded options on those stocks almost exclusively. Then one day as I was back-testing the P3 System squeeze pattern on stocks and ETFs in different time frames, I made a huge yet accidental discovery…

What I discovered in that moment was that the QQQs have a combination of special elements that make it both lucrative and steadier than most other forms of options trading. As you’ve already seen from my track record and from further proof I’m about to show you, the steady-yet-explosive profits that are possible with QQQ option trades make it the ultimate early retirement vehicle. Of all the strategies and systems I have traded, QQQs are the most consistent and reliable. In fact, the first month I officially began trading them, I made… 223%, 99%, 133%, 158%, 440%, 112%, -47%, 5%, 60% and 280%. If you’re doing the math at home, that’s 9 winners out of 10, with an average of 146% per trade. Since I had more than 2 trades per week, that’s more than 300% each week!

Does this sound impossible? By the end of this report, and especially after you receive the FREE QuickStart Guide I’m going to send you… you’ll have the powerful tools to begin generating a monthly paycheck that outperforms any other method you could ever use. On a personal level, I’m so excited to be sharing these tools and information—because I’m incredibly passionate about helping others experience the income and security I found after our shop was flooded and ruined. To understand why, you need to know a little more about the QQQs, which are sometimes called the Cubes or Qubes. And the main difference between indexes and an ETF is that Indexes don’t actually own stock. Whereas, the QQQs ETF owns and is comprised of 100 different nonfinancial companies in the NASDAQ.

The ETF is weighted by market cap. As an example, at the moment, (percentages periodically change) – Apple (AAPL) contributes a certain % to the ETF’s overall value in assets. Other companies like Google (GOOG), Microsoft (MFST), Oracle (ORCL), and Qualcom (QCOM) add various percentages as do the rest of the 100 companies. Why does it matter which stocks make up the QQQs?

Since Apple, Inc (AAPL) adds the largest percentage to the QQQ, often its activity is a leading indicator. That’s just one of many indicators I use to know when the QQQs will move, and by how much.

One thing I especially love about the QQQs is that they are extremely liquid. In other words, both entries and exits are guaranteed because of the number of shares traded. On average, nearly 70 million shares are traded a day. That also means that, when you trade the QQQs, you have automatic diversification because each share of the QQQs is comprised of the stock of 100 different companies. Because of the high open interest, high volume and diversification, the QQQs are a lower-risk trading vehicle.

Plus, when you look at the QQQs option chain, you will see that the spread between the “bid” and the “ask” is often a penny or two. This means the amount the QQQs price needs to move before you see a profit is quite small.

In every other respect, the QQQ are and act like every other single equity or security. You don’t need to learn any special chart indicators to interpret the QQQs. Even though the stock market has rebounded, there’s absolutely no way you can trust it to see you safely into retirement and beyond. And forget the government! Social security, pensions, 401k… it’s all under attack.

The only true way to retire early with the kind of lifestyle you want is to take control over your income. And that’s exactly what my MERIT System allows you to do, turning $600 per trade into a potential six figure income for life. 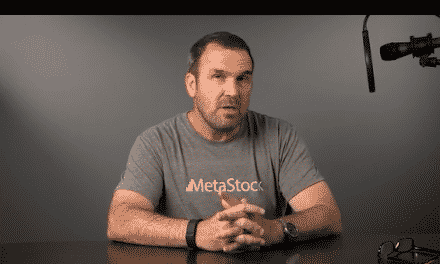 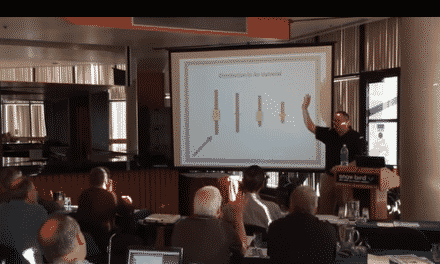 Wendy Kirkland Shows How to Profit Off the ADX Indicator