Paying For Height Is A Waste Of Money: The Many Benefits Of Being Short 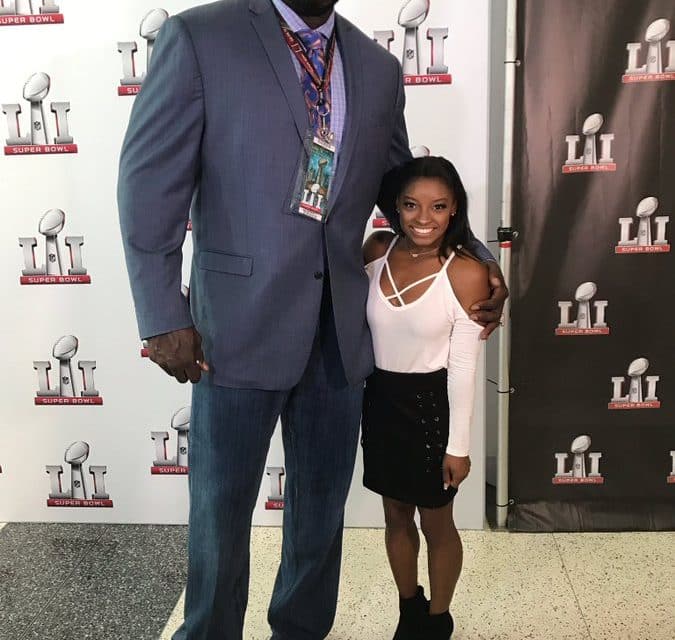 I’m 5’10”. If I played in the NBA, I’d probably be listed at 6′. When I was growing up in Kuala Lumpur and attending middle school, I would sometimes get comments about how tall I was. It was nice to hear, but I didn’t think much of it until I stopped growing in the 8th grade.

I clearly remember my dad making me feel bad for not being taller. At the time, he was 6′ 3″. Today he’s closer to 6’1″. In another 20 years, maybe we’ll be the same height so long as I continue to stretch.

Perhaps he was mad at my height because I didn’t eat my entire lunch one Saturday before playing with my friends. I remember telling my two friends how my dad thought I was too short. So they did what any good friends would do and pulled me like a tug-of-war rope to see if they could stretch me out!

To my father, my height was a disappointment. He made me think I was the one to blame. As a result, I ate as much as I could to grow taller. But it did not matter.

As a father to a son now, I find this whole height ordeal strange. I’d never make him feel bad about his appearance. After all, height is mostly genetically determined. The way our son looks is because of me and my wife!

We might have the ability to grow taller by an inch or so based on our diet, but that’s about it. Further, it wasn’t my fault that I grew up in Asia, where fatty foods and diary products were not common.

“Never criticize your wife’s choices because you are one of them.”

On the way to the dentist, I listened to a podcast episode called “Small Things Considered” on This American Life about a bunch of well-to-do parents paying $300,000 to inject their children with human growth hormones (HGH). Their hope was for their kids to gain as much as three inches in extra height.

For the hormones to work, they needed to be regularly injected into the kid for years well before they hit puberty. This got me thinking about my past and about my son, who has a little over 10 years until he hits puberty.

Should I inject my boy with HGH too? He’s likely going to stand between 5’7″ – 5’10” based on his growth percentile chart.

According to the Centers for Disease Control and Prevention (CDC), the average age-adjusted height for American men 20 years old and up is 69.1 inches (175.4 centimeters). That’s about 5 feet 9 inches tall. So my boy has a decent chance of growing up average.

If we were to move to Asia, there’s a good chance my son would be of average to above-average height. The table below includes 2016 data from the NCD Risk Factor Collaboration. It shows average heights for men born between 1918 and 1996, and it’s based on an analysis of hundreds of population-based studies.

I was talking about the podcast episode with my dental receptionist when some random patient came up to me and asked me whether I was taking HGH to grow taller. He was about 5’9″ and I told him no.

He then told me that his son, at one years old, is in the 99th percentile for height (taller than 99% of other one-year-olds) and that he and his wife are seriously thinking about injecting their son with HGH.

I told him that made no sense and asked him why? He said, “Well, my wife and I are not tall, and we thought it would be nice to give him a leg up.”

I wanted to tell him off, but being at the dentist’s office, I decided otherwise.

If you or your child are in the bottom 10th percentile for height, I can see why you’d consider taking or injecting your child with HGH. But if your child is already in the 99th percentile, you are nuts and need to read my following posts:

The parents in the podcast mentioned the following reasons why they were willing to pay so much money to treat height, as if it were some type of disease:

As a personal finance site, I would be remiss to not mention a height and income study done back in 2004.

The findings suggest that someone who is 6 feet tall earns, on average, nearly $166,000 more during a 30-year career than someone who is 5 feet 5 inches – even when controlling for gender, age and weight.

Dr. Judge hypothesized the reason for the greater income may be that taller people may have greater self-esteem and social confidence than shorter people. In turn, others may view taller people as more leader-like and authoritative.

I don’t think earning $789 – $1,200 more a year per inch above average is statistically significant given the median household income is roughly $63,000 a year. What is significant for income is self-confidence.

Since the beginning of Financial Samurai in 2009, I’ve always encouraged readers to develop the right money mindset to get rich. Some people get mega-million dollar exit packages for blowing up their companies. Why can’t you make a lot of money adding value to your company?

I’ve never felt like I’ve been at a disadvantage being 5’10”, probably because it’s an average height. I meet people who are taller and shorter every day. My height had nothing to do with me getting into college or getting a job out of college. My height hasn’t impeded me in achieving a top 1% tennis rating. Nor has my height limited me from growing Financial Samurai.

Instead, what mattered most were initially good grades, solid social skills, and an ongoing commitment to getting things done.

The Positives Of Being Short

1) Economy class feels like first class on an airplane.

2) Your knees don’t get banged when the seat in front of you reclines.

3) Sitting in the back of an economy car feels like you’re sitting in a limo.

7) You won’t bang your head on a door frame, a hanging lamp, or a low entryway.

8) You may experience fewer back problems given there’s less strain on your back.

10) There will be lower athletic expectations of you, making it easier to surprise on the upside.

11) Your professional opponents might underestimate you, making it easier for you to win and get ahead.

13) Being short carries a reduced risk of contracting cancer, according to a study by the Karolinska Institute. Dr. Emelie Benyi, head of the research team, postulates, “One reason is that taller people have a larger number of cells in their body, which could potentially transform into cancer. It could also be that taller individuals have a higher energy intake which has previously been linked to cancer.”

14) Less likely to develop blood clots. After collecting data from 26,714 men and women, Dr. Sigrid Braekkan and his colleagues at Norway’s University of Tromso discovered that taller people are two-and-a-half times more likely to develop VTE, or venous thromboembolism.

15) Shorter people encounter less stressful situations. Married men who stand below 5 feet 7 inches are 32 percent less likely to divorce their partner than grooms of average height, according to a 2014 New York University study. Shorter men are also less likely to get into fights or be antagonized – counter to what Small Man Syndrome may suggest. Less stress equals a happier life.

16) Shorter people have less chance of suffering from heat exhaustion because their surface area in proportion to body heat generated at rest allows him/her to lose heat more readily than taller people of similar body builds. As a result, shorter people can enjoy places of paradise for longer, like Hawaii.

17) Here’s the best reason for being short: a longer life expectancy! Ever wonder why large dogs die quicker than smaller dogs? Ever wonder why massive human beings like Andre the Giant die in their mid-40s? Imperial College Professor Dr. Leroi explained that dwarf mice live up to 75 percent longer than regular mice due to deficiencies in IGF, an insulin-like growth hormone. This IGF deficiency is similar in shorter human beings.

Additional research by American Tom Samaras revealed that every extra inch of height shortens life expectancy by an average of 1.2 years. I’d much rather be two inches shorter than average and live 2.4 years longer.

In this day and age, your height no longer matters. We’re not out there wrestling with bears and picking fruit from trees every day. We’re sitting at our desks all day doing God knows what!

Technology has also enabled us to more easily find love interests online, sortable by all sorts of variables including height. If you are short and desire short, there are millions of other short people looking for love too.

Finally, 99% of us are not going to become professional athletes, so our physicality doesn’t really matter.

What matters most for getting ahead is developing knowledge and social skills. As a parent, you’re much better off having a short child with superior EQ and IQ than vice versa.

If your child is tracking just below the average height percentile, spending $300,000 for the potential for your child to grow three more inches doesn’t seem wise given we also don’t know the long-term side effects of injecting HGH in an adolescent for so many years.

But as one of the dads, who is a doctor, joked on the podcast, “It’s not my body who is getting the treatment, so no big deal!“

Note: There is a poll embedded within this post, please visit the site to participate in this post’s poll.

Readers, anybody shorter than average? Did your height bother you growing up or affect you as an adult today? Would you pay $300,000 for the chance to grow three inches taller? What are some other benefits of being short which I haven’t covered?

Related: How To Easily Give Your Kids A Leg Up Without Much Stress

The post Paying For Height Is A Waste Of Money: The Many Benefits Of Being Short appeared first on Financial Samurai. 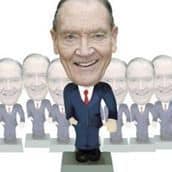 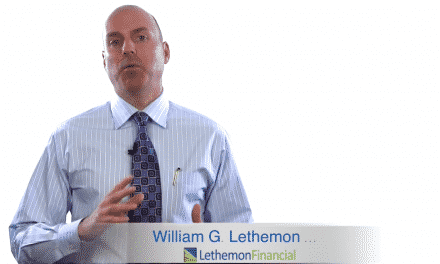 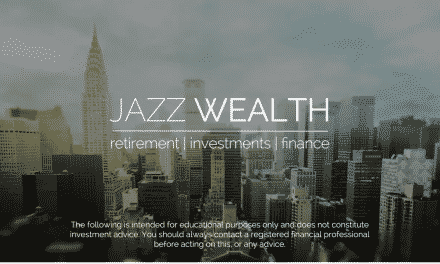 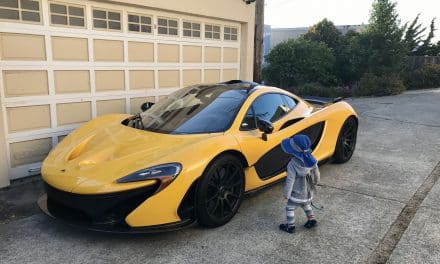 Own One Car For Show And Another Car For Dough